The last stop for the Downhill Southeast series was the new site at Bailey Mountain in Mars Hill, NC.  This would be the 1st race held at the new park. The course preview by MTBmania showed a little of everything you see on all different tracks; steep terrain, rocks, off camber sections, jumps and drops. The weather reports leading up to the event were grim, looking like rain and snow; yes snow. Fortunately mother nature decided to make the weather forecasters look foolish again. 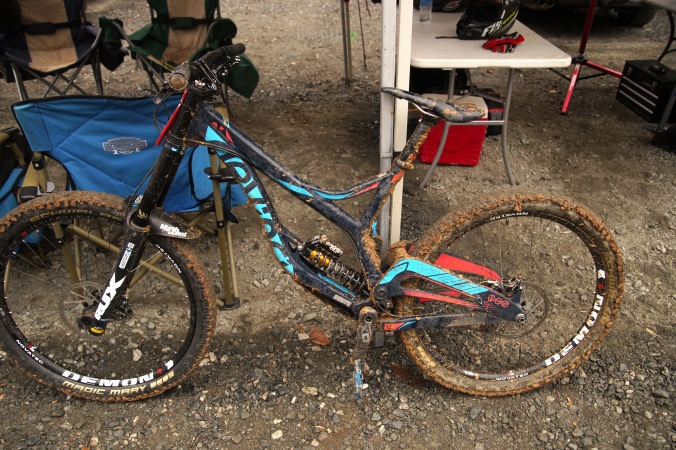 Michael taking a break from the slip-n-slide

Maybe not a complete fool because rain did come in during the Pro practice and created a greasy top layer that made riding conditions very slippery side. It was 45 minutes of sun then 45 minutes of clouds, drizzle and cold…repeat.

By the end of practice

things were more manageable, good thing the Chainless Race was about to go down. Our buddy, Shawn Neer
was a last minute entry, running up to the signup tent with a $20 bill between lips and the shuttle truck ready to leave. Good thing he made on the truck, he won and came away with a cool $300 cash. I heard they were going to rename the race to the “Chainless-One-Big-Toe” race. Shawn hurt his toe and was in the ER earlier.

With an early start, shuttles were running at 8am in the cool but dry weather. With big fires blazing at the bottom and the top there was a great vibe in the pits. Hero dirt had magically formed overnight and the race times were posted.

BGB Racing’s first man up would be Nicholas Wildrick, who was leading the series in points followed closely Danny Cycles Sam Khan. At the end of the juniors 14u race Nick was on the podium in 3rd place with a time of 2:58.415. That allo—wed him to keep his point lead and win the overall, becoming Billy Goat Bikes Racing first “Bad A$$” of the year.

Sharing pit space with sponsor Canecreek and friends, it was a little crowded at times but made for fun conversations. 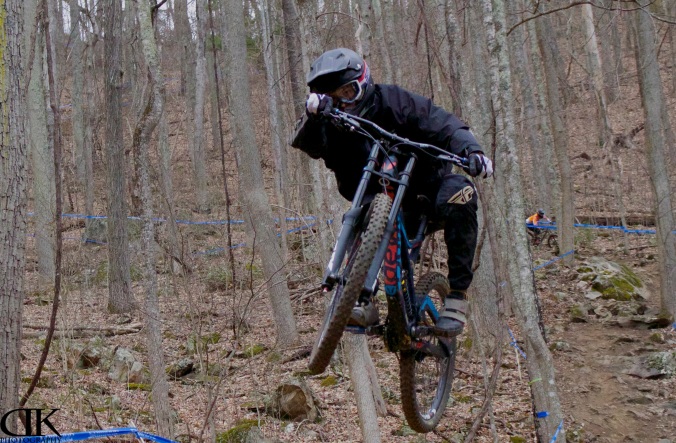 Jimmy Leslie puts down a time of 2:07.836 knowing it should have been better leaving him outside the top 10 with a 12th place. One mishap on a off-camber sections could cost seconds. The track had lots of areas that could suck life/speed out of your run.

Like his teammate Joshua left seconds on the track crossing the line with a time of 2:12.528 leaving him in the 13th spot. Joshua and the team are on quest for a second here and a second there as they continue to get ready for the long season ahead.

Jaeger continues to make improvements taking full advantage of the Neko’s Southeast Downhill Series. Willing to make changes on bike setup right up to race time, looking for small steps to help make big gains.  Placing 31st out of 37 Pros with a time of 2:28.270 wasn’t what he was hoping for but still happy with his progression. 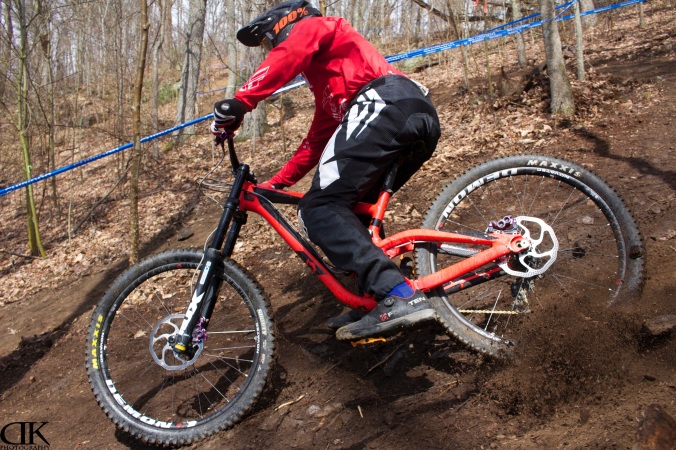 Nishino takes home the most improved this weekend. We watched him slide out on the off-camber section before the drop to finish line and loose 5 to8 seconds. His time 2:29.315 placed him 32nd but things are moving in the right direction. He’s racing full time in the CAT 1 17-18 expert class and hitting all the Pro GRTs and MSA.

Like the rest of the team Michael time of 2:31.568 falls short of his high expectations. Moving to the new 2016 Devinci Wilson after riding the same brand for 4 years is a learning process. The series has been a great warmup for racers and now comes the real work with the World Cups and Pro GRTs kicking off in a few weeks.

A big thank you goes out to Neko and all those that helped him with the series. The series brought some of the best talent in the country and even the best from the world stage. Young and “Older” participated with smiles for miles. Competition was intense but fun was still had by all.

So THANK YOU from
BGB Racing!

Next on the calendar for the Billy Goat Bikes Racing is Team Camp…..

Thanks to David Khan for all the on course photos….
As always none of this would be possible without a great line-up of sponsors…
Billy Goat Bike Shop • Novatec Wheels • BikeFettish • RJ Rockers Brewery
Mountain Khakis • Onza Tires • SR Suntour • GoalZero
HT Pedals • FLY Racing • CaneCreek • Deity • Devinci Bikes